The baseboard heating systems are popular in the households for keeping the places warm quickly and efficiently. The maintenance of the system might require a bit more than just making sure that the metal framework remains dirt and dust free so that the heat can be distributed evenly and effectively.

Well, not quite so – until or unless you know what you are supposed to do.

How Does It Work?

The boiler warms up the water which eventually heats up hydronic heating system baseboards. This ensures that the temperature remains even across the dashboard. However, as time goes on, sediments start to build up in the system’s dashboard, pipes, and expansion tank. This results in lowering the efficiency of the heating system as sediment blockage impedes the flow of water through the baseboard.

As time goes on, the sediment buildup continuously diminishes the tank’s ability to manage the water pressure.

As this situation continues to worsen, it becomes essential to drain and refill the water from the baseboard heating system.

How To Drain & Refill The Water On Baseboard Heating System?

It’s simple. All you need to do is to have the following tools and follow these steps to ensure the seamless circulation of water throughout the system.

Start off the heater with a medium level heat to circulate the water throughout the system. Run the heater for an hour approximately and then switch it off. Make sure you turn off the circuit breaker as well. You don’t want to get electrocuted anyway.

You’ll find the main system tank in the basement. At the bottom of the tank, find the bleed valve which looks like a hose outlet, usually with a threaded edge.

Turn off the gas valve of the boiler by using a wrench. This should be a brass valve which connects the building’s gas pipe outside of the boiler unit.

Also, give it a couple of hours for the heating system to cool. The water from the boiler must be cooled down before continuing, to avoid an accident.

Attach the garden hose (female) fitting to the drain fitting of the boiler. It may be marked at the bottom of the boiler with a “Drain “label. As for the male end of the garden hose, direct it towards the drain on the floor. Start off by twisting the valve clockwise to begin the drainage process. You may need a slotted or hex screwdriver to turn the screw counterclockwise.

Open the bleeding screw gradually, one by one, until all the bleeding screw threads fitted near the top of the baseboard are dismantled. This allows air to enter the system, which helps push the water out of the boiler much quicker than usual.

There may be a shrill hissing sound indicating the exit of hot air from the system.  Keep safe distance as the water and air leaking out of the system may be a little warm. Avoid direct contact with the water or the air during this period.

Step 5: Turn Off the Valve

Turn off the bleed valve counter-clockwise until you see a steady stream of water flowing in out of the valve. Keep a close eye on the male fitting of the garden hose.

After a steady stream of water outflow, it would stop draining out of the system. This indicates that the air has been removed, along with the debris and sediments that were part of the hydraulic system of the heater. Once that happens, it is time to remove the garden hose and close the boiler drain fitting.

Turn the hose fitting counter-clockwise to remove it from the central system and turn the drain’s fitting clockwise to close it. Plug in all the screws into the relevant slots and tighten them up with the screwdriver.

P.S: Some of the modern fittings have a diaphragm instead of the drain fitting.

Turn the boiler’s supply valve clockwise to open the water supply and to start filling in the water again. Open the screw on the baseboard near the boiler using a screwdriver and turn the screw counterclockwise.

This is to ensure that the water that is pushed into the boiler pushes out any air bubbles that are driven into it. Once the water starts to come out of the bleeder fitting, close it and replace the screw back into the joint.

Step 7: Switch the Boiler On

Now turn on the gas valve of the boiler using the wrench by turning the valve’s handle in the clockwise direction. Light up the pilot as per the instructions on the guide.  Finally, switch the circuit breaker as per the guide.

It is essential that the baseboard heating system is well managed and cleaned up to ensure its long life. And whenever you are doing that, make sure that you are investing enough time in ensuring that you are doing it the right way.

The draining and refilling of your baseboard heating system can be agitating and a little time-consuming. Be patient. It’s worth it!

After about 20 minutes to one hour, depending on how many radiators are fixed inside the house, the amount of water should eventually get drained off. You might want to leave it around for a bit longer, and that’s not a bad idea if you are sure that some of the water which is clogged somewhere in the pipe would eventually make its way down into the hose.

This should pretty much suffice for the drainage of the water. Next is the refilling of water into the baseboard heating system. As indicated before, make sure that all the radiator bleeds that you opened earlier are now closed. Each one of them.

Switch on the feed valve carefully now. Remember, that your drainage valve with the hose is still open, and we have a good reason for that. When you opened the radiator bleeds you pushed all the air in, but now you would like to get it pushed out so that there’s no air or vacuum in the heating system.

You’ll notice that the hose would start leaking some water. You may want to leave it like this for a while (approximately ten minutes) until all the air is pushed out of the system. 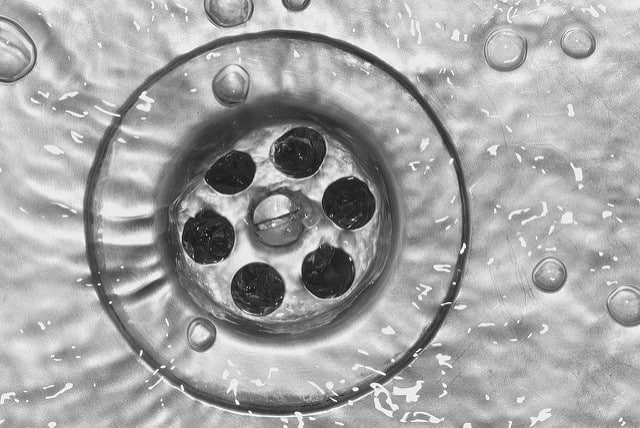 Finally, after some time has passed by, shut down the drainage valve and pull out the hose safely from the vent. Then starting from the ground floor, make sure that each of the radiators is air free by opening the valves and checking if there’s any air being pushed out.

The idea to start off from the ground floor is that if you let the air pushed out from the bottom and then carry it on upstairs, it would be more effective.

Once you have done the above, you can consider starting off your heating system again. Enjoy the warmth in the comfort of your home. Repeat the process at least once every year, ideally right before the winter season so that you don’t have to bear to bear any trouble during that time.

Chose The Best Radiant Floor Heating Systems For Your Home

How To Troubleshoot Propane Heaters?